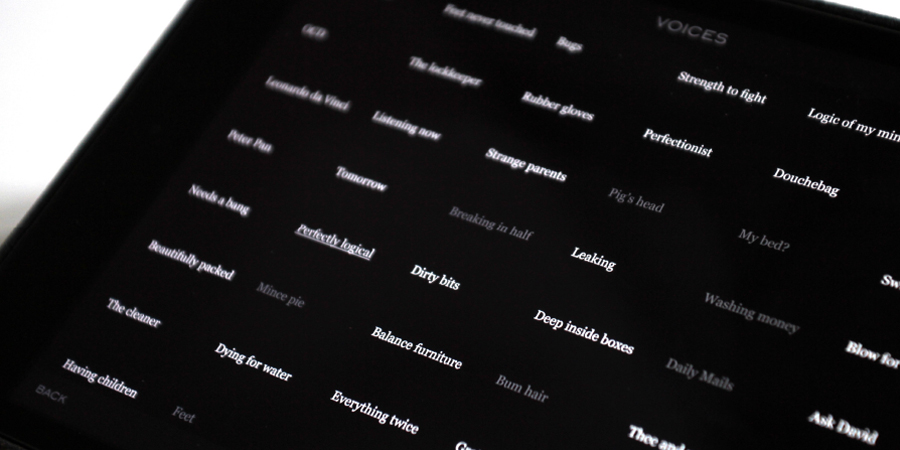 In the Shadow: An Interactive Portrait of Life with OCD
Leonie Hampton
The interactive version of the picture book In the Shadow of Things showcases a new technology through the medium of a moving account of a woman and her family living with her Contamination OCD condition. A delicate, troubled but loving understanding is presented here in a multi-dimensional format that demonstrates that new publishing can be more than the electronic version of a paper book. 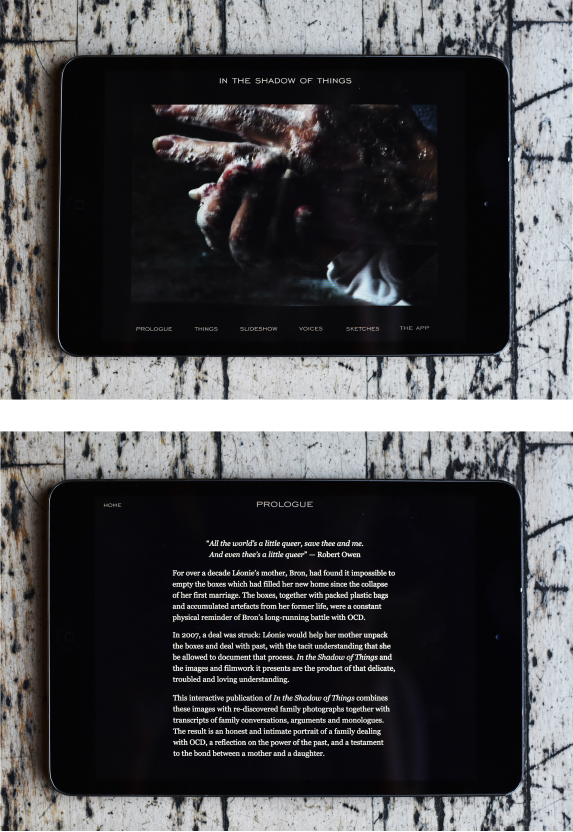 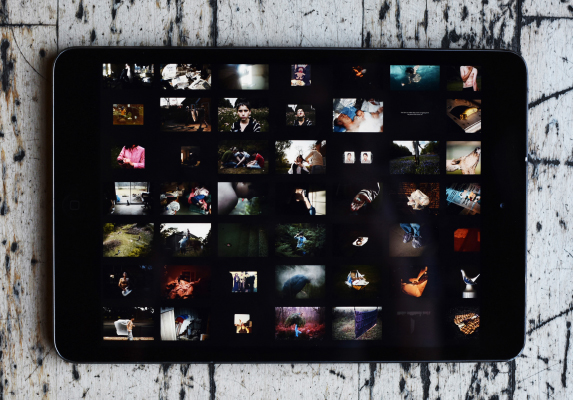 This multi-media app acts as a kind of a tailor-made gallery. Pick a picture, any picture and it will lead you down different emotional paths of a deeply personal, powerful story immersing you in one family’s battle against OCD, sometimes painful, sometimes humorous.

As well as viewing Hampton’s expressive original images, users can delve through re-discovered family videos, drawings and archive photographs, witness audio of family arguments and monologues, and dip into transcripts of private conversations. 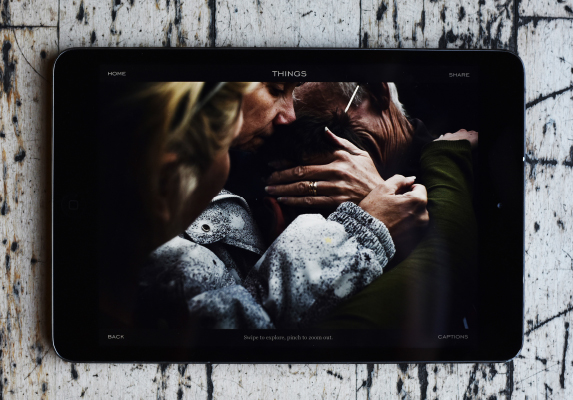 Leonie Hampton
After taking an Honors degree in the History of Art, Leonie went on to work as a full-time assistant to the British photojournalist Tom Stoddard. She followed this with a diploma from the London College of Communications in 2003, gaining the first distinction awarded in five years. This work has been awarded the F Award on documentary photography. Hampton is also a winner of The Paul Huf Award, the Tom Webster, The Ian Parry and The Jerwood photography awards. Leonie's work has featured in a range of publications, including Portfolio magazine, Foam, Ojo de Pez, The Sunday Times Magazine and Newsweek. 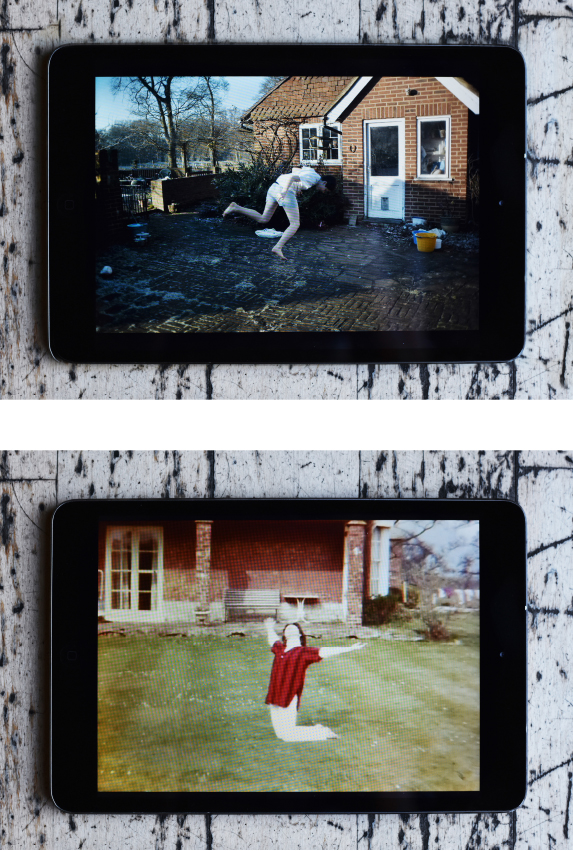 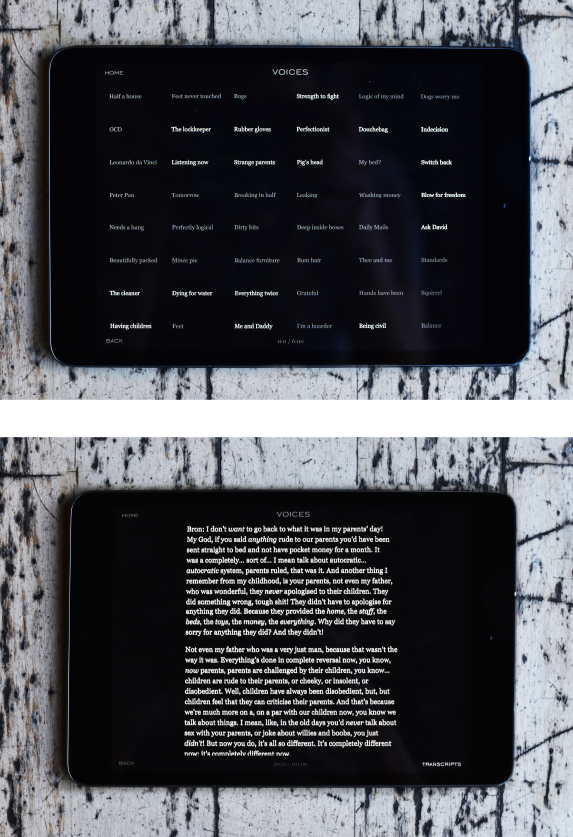 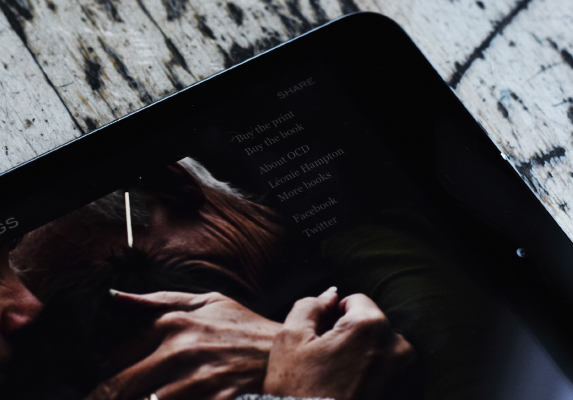