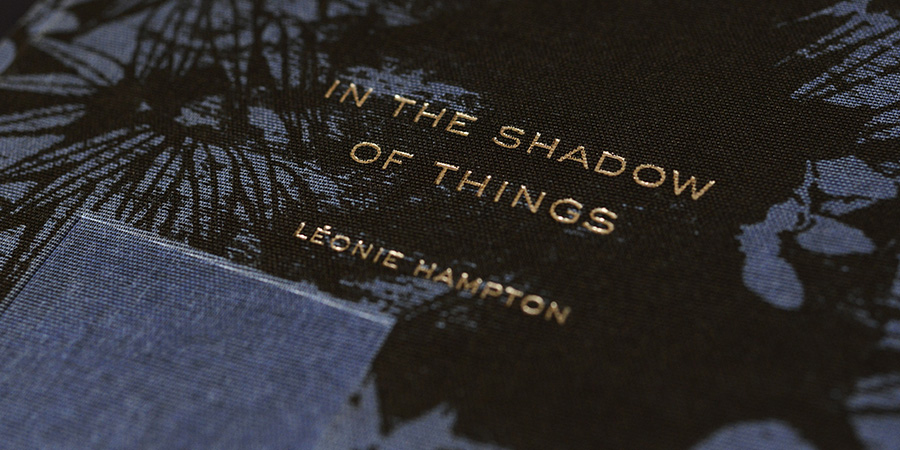 Leonie Hampton: In the Shadow of Things
Contrasto
For over a decade, Léonie’s mother, Bron, had found it impossible to empty the boxes that had filled her new home since the collapse of her first marriage. These boxes ­ together with packed plastic bags and accumulated artefacts from her former life were a constant physical reminder of Bron’s long-running battle with OCD. In 2007, a deal was struck: Léonie would help her mother unpack the boxes and deal with past,. with the tacit understanding that she be allowed to document that process. 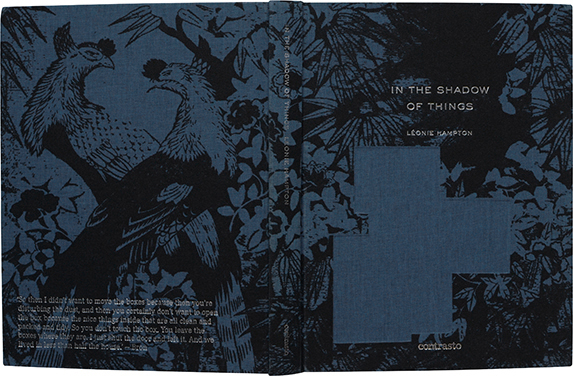 Cover Concept
The silkscreen cover design was inspired from one of the fabrics Leonie found whilst clearing the house. The marks on the cover are taken from the shapes of the archive images throughout the book. As if they had been left there and then removed.

Endpapers
The endpapers are a repeated headgehog motif, also taken from one of Bron's found fabrics. 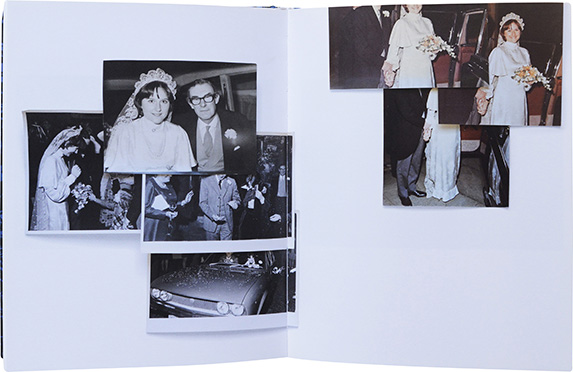 Archive layout
We layered the archive images over each other to contrast with the clean page design of Leonie's photography. 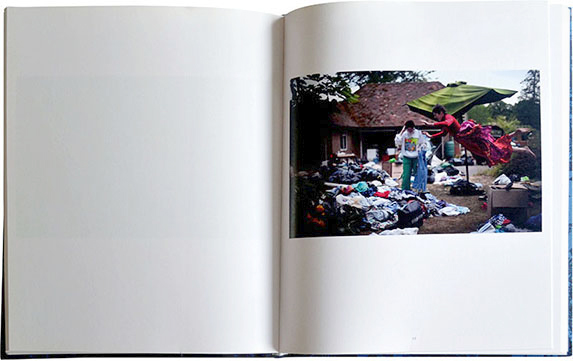 Leonie Hampton
Léonie is represented by the Kahmann Gallery, Amsterdam. Her work is currently funded by an arts grant from The Wellcome Trust. She is the recipient of numerous awards including the  Paul Huf Award (2009), the F Award (2008), and the Jerwood Photography Award (2004). Léonie has exhibited internationally at MACRO in Rome, FOAM Museum in Amsterdam and the Centre Pompidou in Paris, and was nominated for the Deutsche Börse Photography Prize 2012. 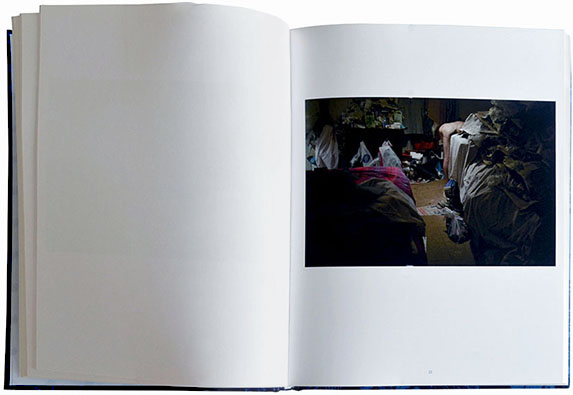 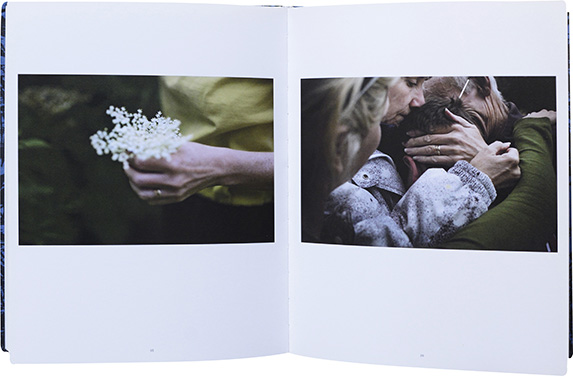 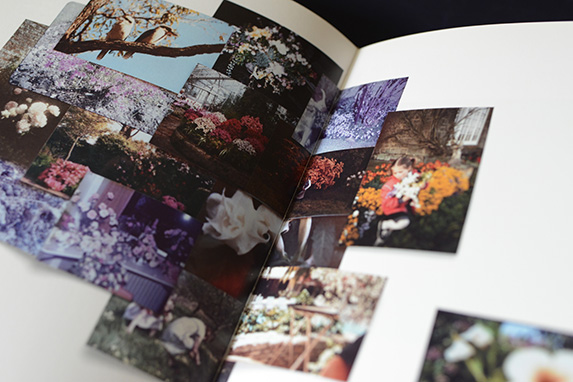 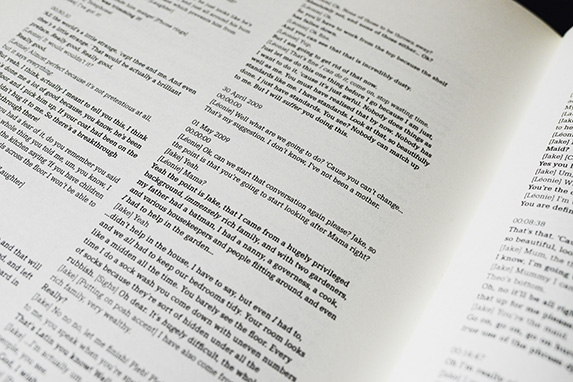 Transcripts
A full transcription of Leonie placed a dictaphone on the kitchen table and recorded daily events.