Cover Design
As a cloistered nun, Victoria felt that Sister Maria Teresa would feel uncomfortable with her photograph on the cover of a book. The design concept became to tuck her away by placing her first on the back cover and then covered by a vertical black bellyband. Greaves's iconic portrait would only be revealed after purchasing the book. 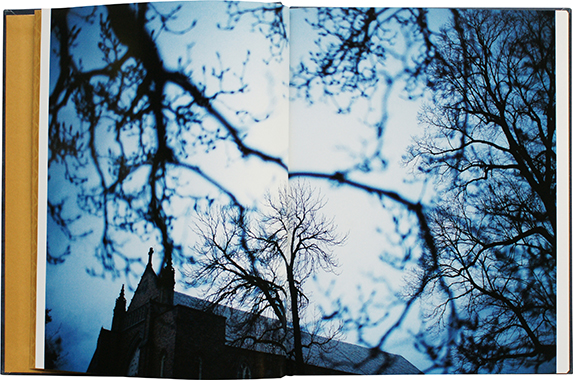 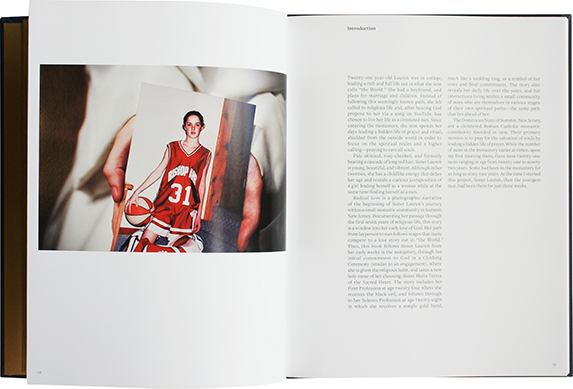 Watch A multimedia piece showcasing the first year of the project. 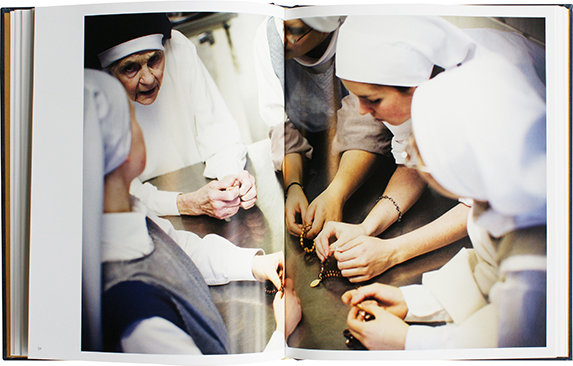 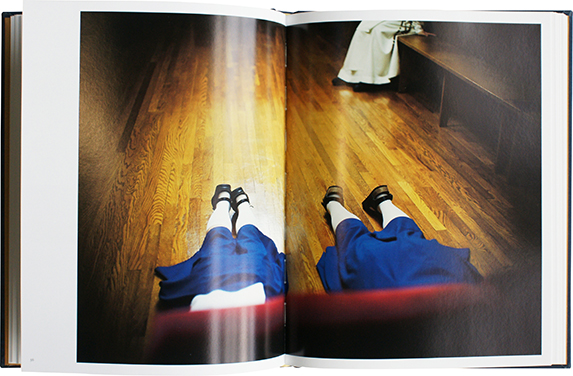 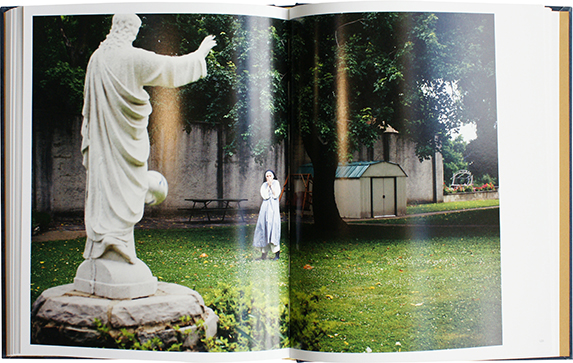 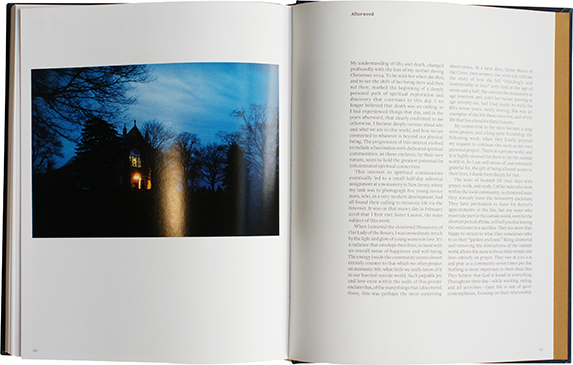 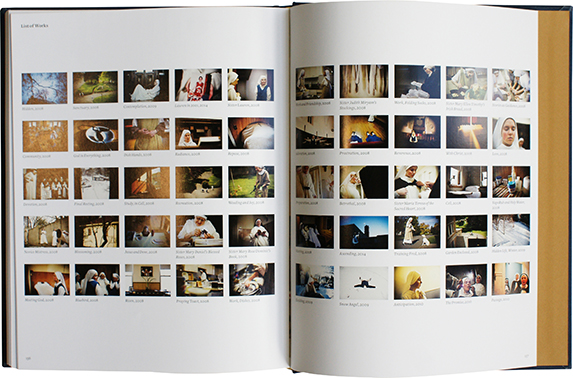